Problems solved. Time to do this right.

Yesterday’s trip 1I’m not calling it a chase because the only thing we caught was probably West Nile Virus. wasn’t the greatest experience, to put it mildly. Despite our problems Heather got some good lightning shots so we wanted to try again.

Earlier in the day, I found the setting in my camera causing me grief for long explosures 2Long Exposure Night Reduction and turned it off to save a little bit of my sanity. Then I looked into the mosquito problem.

Checking the bottle, it turns out that our insect repellent expired two years ago which might explain things. Does insect repellent go bad? We didn’t know. It’s an easy problem to fix though!

I did some some Google searches to find what repellents might be the most effective, because this is what I do. Thanks to the Zika virus scare, Consumer Reports published an article about this very topic, including a product review comparing various brands and ingredient types. They made their results freely available to the public instead of putting them behind their pay wall. I wrote down the top five and we headed to Walmart. Their selection was a little small, but we found Ben’s Deet Tick and Insect Wilderness Formula (in a aerosol spray can) and Repel Lemon Eucalyptus (in a plastic bottle with a spray pump). I couldn’t decide which one to buy so Heather suggested we just get both.

We decided to leave earlier than the day before so we’d have more time to get to any prospective storms. So in the late afternoon we packed up and left the city, this time taking my car. About halfway to Kiowa-Bennett Road we stopped and parked on top of a hill to size up the weather situation.

While looking at radar and taking a few photos of the storm approaching us, we saw a few mosquitoes and decided that we better spray down. I picked a product at random and ended up with Repel Lemon Eucalyptus. I started to spray Heather’s arms but after just four pumps the sprayer began to jam. After that it just gleeked sadly at us.

While we were still outside, we noticed that this stuff was pretty strong smelling. That was nothing; once we got back in the car we got to experience it in a confined space.

It was overpowering. We smelled like we’d just survived an encounter with an angry koala bear; a lemon soaked bear wielding a eucalyptus branch. This koala will never know the horrors of scurvy. My car is now a lemon eucalyptus nightmare. It still smells like Repel and its been days.

Heather got some in her eye and it was really unpleasant. I know this because I wiped my eye with the back of my hand about an hour later and got to enjoy it as well.

To top it off, the mosquitoes totally ignored it. They bit the crap out of us.

We drove north through Bennett in my Lemonmobile to intercept what I’d decided was the best option of the day; a strengthening thunderstorm moving northeast near Bennett. By the time we got to Bennett and past, a cell within the line of storms had gone severe warned and we were approaching the perfect place to intercept. We parked on a dirt road just off CO-79 to let the storm overtake us.

The gust front went overhead, then we noticed what looked like a couple of dust swirls in the fields ahead of us. We watched them intently, hoping that we might catch a quick gustnado or even a landspout. However they quickly vanished.

Hoping it would happen again, we drove north just until we hit precipitation again and then went east to get ahead of the storm. We did this a couple more times, stair stepping our way north and east using the county road grid. Each time we stopped and took pictures and each time, the mosquitoes took their payment. By the time the sun was setting the storms had either dissipated or were too far out to catch. We decided that lightning photography wasn’t in the cards today and headed for home.

I didn’t get very many good photos from today (lots of telephone poles and unmemorable clouds), but here’s a couple. 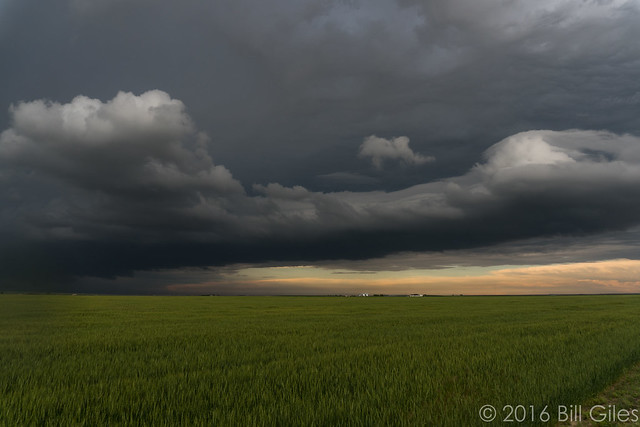 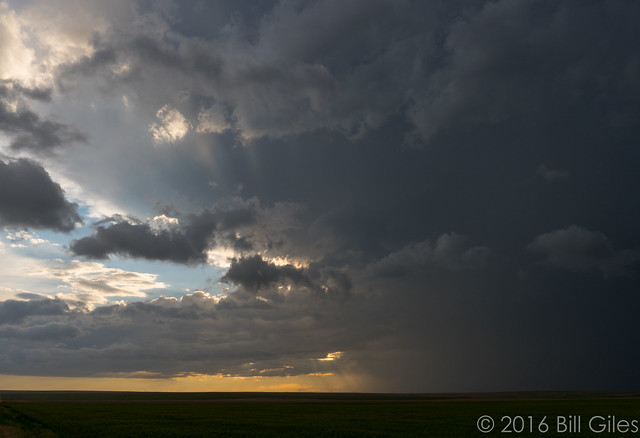 I hope we tasted awful.