Yesterday’s chase has been the only chase day this year that had made me completely unhappy. So far I’d been content with every day I chased, no matter what the result. There was either something to learn or something to see on each trip, but this last one was different. I’d been confident in my preparation and was unusually early getting to my target but I’d blown it. The worst part was that I wasn’t sure how I messed up. I think my previous successes earlier this year lulled me into thinking I’m better at this than I really am. Dunning-Kruger at work I guess.

I’d spent most of today doing small repairs around the house and unpacking…always unpacking. The Spider House War 1 If you’ve read my Facebook posts, you know what I’m talking about. To summarize, Heather and I aren’t the only occupants of our new residence, and we’re vastly outnumbered. was raging on as well, with me having found three more very large wolf spiders in my garage earlier that morning. Spraying them had resulted in them immediately dropping off the wall, one of them making an audible *THUNK* as it hit the table I’d set up as a temporary work bench. Horrifying. I’d be tempted to make a flamethrower but now the work bench is a no mans land.

Heather and I had made tentative plans to go do something this evening that wasn’t unpacking. I hadn’t been paying any attention to the weather so far, but as the afternoon wore on I ran out of things to do and started checking out current conditions.

Hmm…nice looking organized storm out near Greeley. It’s pretty far away though and it’s rush hour. Maybe I could meet Heather out near there? Nah.

Heather got home a little while after that and I mentioned the Greeley storm during my grumbling about yesterday’s bust. She asked me if I wanted to chase it and I said no.

She asked again a little while later while we were coming up with things to do.

Nah. It’s probably not that great.

I checked Facebook and started to doubt my decision. Holy shit. This was clearly a beautiful supercell heading SSW towards Greeley. The pictures I was seeing made it look like it was going to drop a tornado any minute. Crap!

No thanks. It’s too late now anyway. We’ll never get there in time.  It’ll probably gust out as we get there.

But now I’m watching Radarscope and mentally calculating travel time and an intercept path, so when she asked again, I said “I guess we can try.” 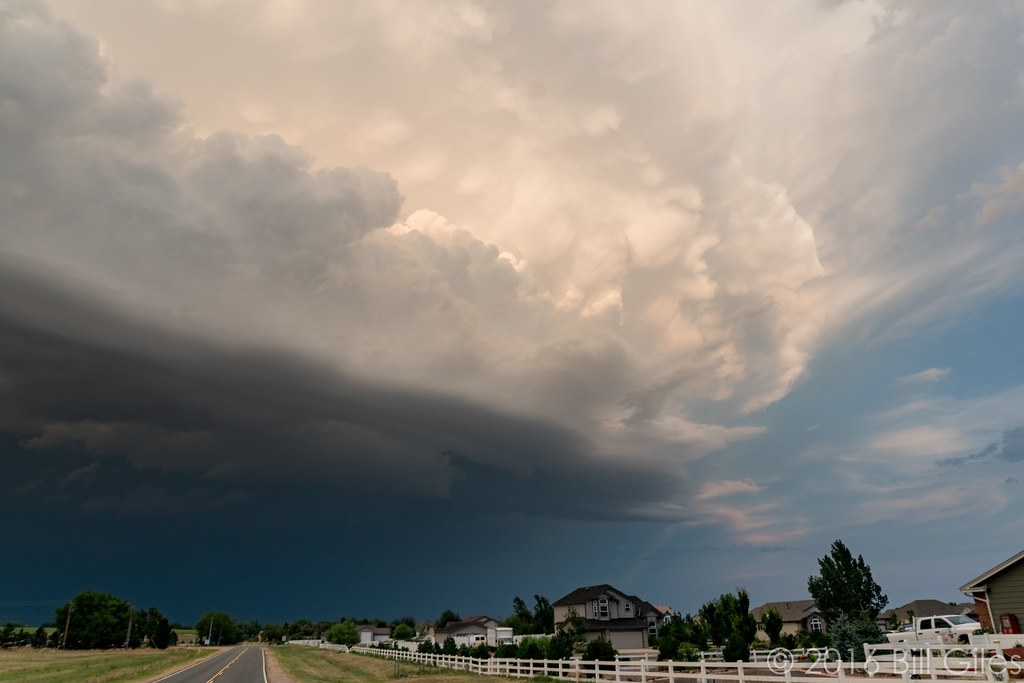 Thanks Heather. Your persistence paid off. This was definitely your success. 🙂

NOTE: I try to write these logs within a week of my chase because I think it more accurately reflects my frame of mind and thought process for that particular chase. However I’m writing this log almost a month after the event (my bad) so this might be a little different.