NOTE: This was mostly written the day after this chase, but time got away from me and I never finished it until now. Better late then never, I guess?

I’d call it a chase, but it’s more like a desperate flailing at clouds that happen by.

Mine and Heather’s work commute takes us north out of Castle Rock, through the worst of Denver’s freeways, to our workplace near DIA.1Denver International Airport. I’m a local now and I get to use hip local acronyms. This daily trip takes over an hour each way and it’s wearing us down. Combine that with our leasing company demanding we give 60 days notice, jacking up the rent $250, and acting like the Three Stooges for any maintenance request and the decision to move was easy.

Oh yeah. The spiders are back. They’ve taken to hanging around the door that links the garage to the inside of the house.

They’re probing for weaknesses. It’s only a matter of time.

Saturday was going to be Packing Day, but turned into Let’s Talk A Lot About Packing, But Instead Nap A Lot Day. So we got up early Sunday 2Heathers’ cat’s fault. Food-Bot requires breakfast. and hit the ground running. The upstairs was mostly packed by noon, and I glanced wistfully at the SPC Outlook.

You know, Cheyenne isn’t that far away…

A quick glance at the HRRR gave me a preliminary target of Rock River, Wyoming, though I suspected I might stop at Bosler instead for a good northeast road option. It was almost noon and I wanted to get into position before 2:00 so I grabbed my camera bag, checked for the tripods 3Yeah, I got two. I’m a Real Storm Chaser, remember? A couple guys in a car said I was a couple weeks ago., and even remembered to pack some snacks.

Then I got gas and stopped for what was one of the worst Burger King lunches I’ve ever had. Seriously, how do you mess up Chicken Fries? Why do I keep eating here? I don’t even really like Burger King that much. Oh, and I headed north.

Denver traffic never seems to calm down, so it took me the better part of an hour to finally clear the city. This resulted in my snacks barely making it out of Colorado.

But. I was getting to chase again.

I got to Cheyenne, filled up the tank, and started west along I-80 towards Laramie. I’d already revised my plan a little, thinking that I might instead hang around the Wyoming/Colorado border and wait for any signs of initiation. The sky stayed blue as I drove, with little puffy cumulus clouds promising future excitement. Or just water vapor. Yeah, probably just water vapor.

I’d never been west of Cheyenne, so I was very interested once I started to see some of the natural rock formations. I decided to stop a few miles west of Buford, Wyoming and take pictures. I hadn’t even powered on the GoPro yet, so I did that and realized that I’d forgotten to clear out my footage from my last “chase”.

I didn’t write about that one. Sorry guys. Not much to tell though. Quick summary:

The weekend before this one, Heather and I, out of sheer boredom decided to follow a passing rain cloud. We caught it just past the nearby town of Kiowa, Colorado, and it proceeded to do nothing interesting at all. We then stopped at the only open gas station while driving back through Kiowa, where I waited an agonizingly long period of time in front of a bathroom door in the convenience store for the occupant and his mother to just get out of thERE OH MY GOD WHAT IS TAKING SO LONG.

Then we went home and I contemplated other hobbies.

During that chase I had turned on the GoPro’s voice command option so we could yell at it a lot and apparently we hurt its feelings. More on that later.

I saw that over half my storage was already used so I jumped into the GoPro’s wireless through my phone. I deleted all of the files I found, since they were of uninteresting gray clouds doing nothing severe at all. Then I checked my camera and found more pictures of nothing and deleted those too.

I set up the GoPro on my old tripod 4I went to Best Buy last week and got the tripod adapter for the GoPro. INFORMATION YOU NOW POSSESS THAT HELPS FLESH OUT THE STORY. CONSUME. and pointed it at the most interesting clouds in the sky; a small potential tower going up to my southwest. I grabbed my camera and took pictures of pleasing rock shapes. 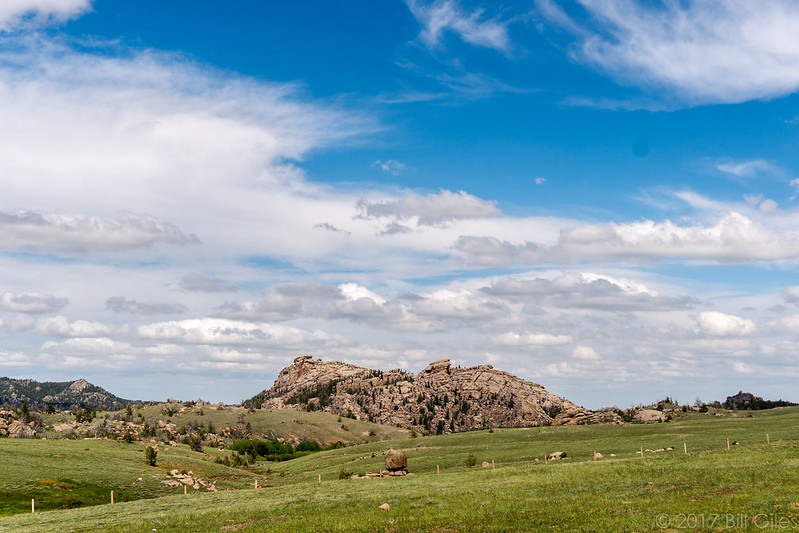 After a few minutes, I checked the GoPro and realized I was filming a timelapse of the interstate. Maybe I should cross under the overpass and set up on the other side…

Did that. Much better.

The tower was interesting to watch going up but the base just didn’t have any good definition, so I wasn’t tempted to go after it. I kept an eye on it, passing the time by checking the College of Dupage surface observations page, going over models again, and wandering around the road looking for snakes to bite me.

I halfheartedly started southwest down the dirt road I was parked on, but I knew it wasn’t really feasible to get out to Red Feather Lakes in time for anything. I stopped, turned around, and drove back to my original parking spot. Then I cleaned my dashboard with some cleaning wipes and read Facebook posts for like ten minutes.

The storm out near the lakes appeared to fizzle out. One out of five stars, would not recommend storm to anyone.

Now I’m driving back towards Cheyenne, looking to kill time. I headed for the Wyoming State Line Rest Area, missed my exit, turned around, got things right this time, and parked. I toured the museum/display thing, wondered who the other chasers in the parking lot were, and sat there for twenty minutes, waiting for anything to happen. I also used a lot of commas in this small paragraph.

So I drove back north and stopped at a Love’s truck stop and got gas again.

God even typing this is boring.

I called Heather and told her I was going to wait about twenty more minutes for any signs of initiation, then bail out and come home. I lasted fifteen before I left.

The trip home isn’t something I’d usually cover. However, I noticed something interesting on radar as I got closer to Castle Rock.

I was tired and not happy with the day’s results, so I ignored it at first. But the radar signature kept looking better and better, and I had to go past it anyway…right? So I stopped out near Castle Pines road, realized that I’d put the freeway in-between myself and the storm clouds AGAIN, and headed for a small park that I remembered checking out late last year. Daniel’s Park, located on Daniel’s Park Road. 5Daniel’s welcome. Daniel.

At this point a well defined rain free base was presenting itself, and the storm was more or less crawling towards me. I parked, jumped out of the car and trotted past a family of six who had apparently decided to have Family Picture Day.

They didn’t even set up with the storm in the background. Amateurs.

I set up the GoPro just to film at 4K, 30FPS, and started taking pictures with my camera.

Remember that part earlier about upsetting the GoPro?

Back when I stopped in Castle Pines, I attempted to record with the GoPro, but when I hit the record button to stop the recording, the camera seemed to lock up. It just said “SAVING”. I gave it the whole distance from Castle Pines to Daniel’s Park, but it never changed. I ended up popping the battery out of it and resetting it.

Same thing happened here. I was a little distrustful of it, so I did a quick two minute recording and tried to stop it.

Shit. I’d heard the newer GoPros could be a little finicky about the memory card in it, and I was using the 64GB card I bought at CostCo last year – A Sandisk Ultra Plus SDXC like this guy. Why this is an issue now, I have no idea.

I managed to get this out of my Sony a6300 though.

It cruised by, but looked very elevated and also seemed to be falling apart. I had a quick Facebook Messenger conversation with Stephen Henry, who was also watching it about 70-80 miles away. He was on his way to Loveland to stay the night in preparation for the next day. 6A day I missed that I really wish I hadn’t. I hung out for a couple more minutes, packed up, and finished my drive home.

Here’s my best photo of the day. 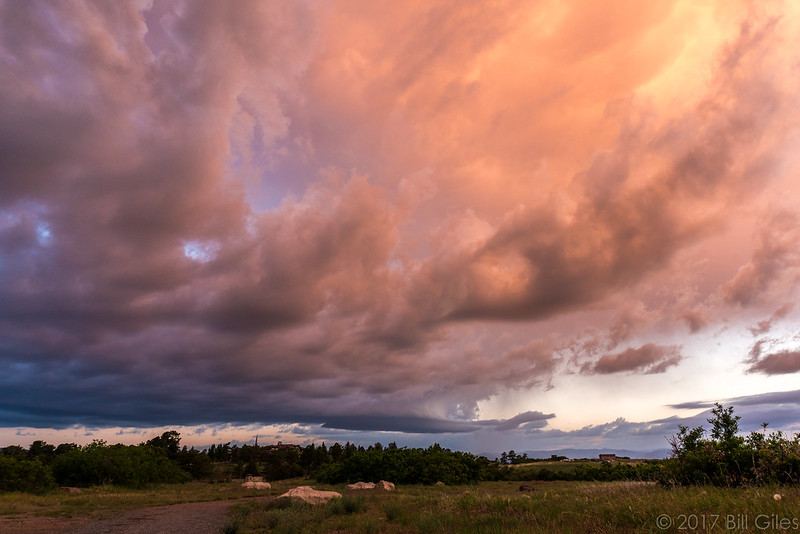